The Government of Alberta is hosting the 2014 FASD Conference on October 20-21, 2014 in Edmonton, Alberta, Canada.

The multidisciplinary conference focuses on Fetal Alcohol Spectrum Disorder  and its impact on individuals, families, communities and society at large. 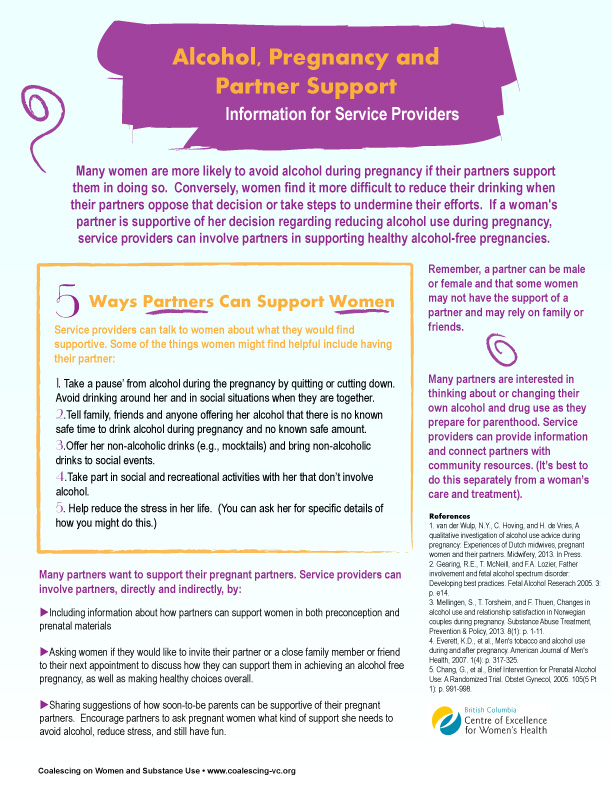 Support from partners (male or female), other family members, friends and larger social networks can play a key role in influencing women’s decisions and ability to abstain from alcohol use during pregnancy.

In general, our drinking patterns are greatly influenced by our friends and family, especially our partners. It makes sense, then, that many women are more likely to avoid alcohol during pregnancy when their partners support them in doing so;  on the other hand, many women find it more difficult to stop or reduce their drinking when their partners oppose that decision.

Some awareness campaigns and resources for partners suggest that partners take a “pregnant pause” from drinking during pregnancy as a way of showing support. While some women may find this helpful, other women may not find this necessary. 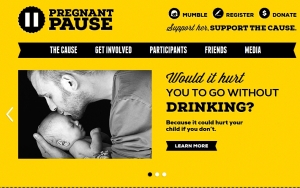 So, what kind of partner support is helpful for women? Research in this area is still preliminary, but there have been a handful of recent studies exploring some of these issues.

For example, a study published this month by researchers in the Netherlands interviewed 158 pregnant women and their partners (Van der Wulp, Hoving and de Vries, 2014). They looked at three different ways that partners can influence women’s drinking during pregnancy:

Overall, the study found that women’s perceptions of their partner’s belief in the acceptability of prenatal alcohol use was the most important partner influence, meaning that a woman is more likely to use alcohol during pregnancy when she thinks that her partner agrees with this decision.

Another study published this year asked 648 pregnant and non-pregnant women in Russia as to who or what influenced their decisions about alcohol consumption during pregnancy (Balachova et al, 2014). While women reported that their own knowledge about the issues and information from an obstetrician/gynecologist/nurse were the most important influences, friends and family were not far behind.

At a big picture level, this emerging body of research suggests the importance of viewing FASD prevention as a shared responsibility and that abstaining from alcohol use during pregnancy is not solely the responsibility of pregnant women. 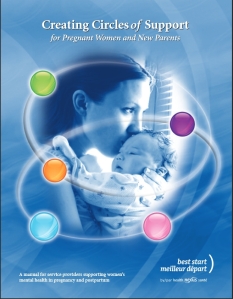 At a practical level, it’s important to remember that every woman’s situation is unique and that service providers need to develop individual approaches to working with women, her partner, and extended support networks. For practice tips and resources, visit the Alcohol, Pregnancy and Partner Support section of the Coalescing on Women and Substance Use website.

For more on men and FASD prevention, see earlier posts: