Social media, alcopops and other trends

Sarah Mart, the Research & Policy Manager at Alcohol Justice (formerly the Marin Institute), an alcohol industry watchdog, recently had an article on alcohol marketing published in the journal Substance Use & Misuse.

She presents evidence on trends in alcohol marketing in the 21st century. In 2005, the alcohol industry spent approximately $6 billion or more on advertising and promotion. While the alcohol industry continues to use “traditional” tactics such as television, newspapers, and magazines, new media has emerged within the past five years. As well, new categories of beverages, alcopops and caffeinated alcoholic beverages, have also emerged. Both these trends have particular implications for youth drinking.

Mart comments on the opportunities that Facebook provides. Facebook has more than 400 million active user accounts. It offers ad space that companies can purchase to advertise alcohol products, sponsored events, and brand-related content. There are opportunities such as fan pages to promote products; event pages to invite users to sponsored parties, contests, or other events; applications made by third-party developers to play games and interact with other users; and pages where users can create their own groups of users and communicate with them. 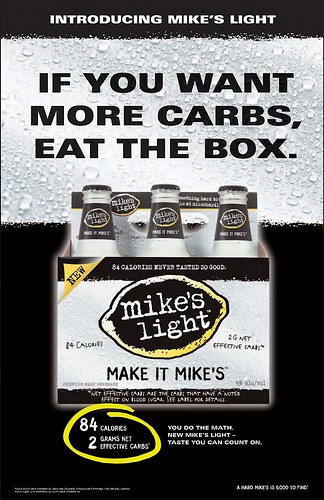 There has also been a trend in the past decade towards new products that seem to target youth. Alcopops, in particular, seem to be particularly “girl-friendly.”  Alcopops are “ready-to-drink, sugary sweet alcoholic beverages, often carbonated and/or fruit-flavored, and sold in single serving bottles or cans. In both their liquid form and packaging, alcopops resemble soda or other soft drinks.” (890) Some leading alcopops brands include Mike’s Hard Lemonade, Smirnoff Twisted V, and Bacardi Silver.

Alcopops came to the attention of public health groups in the mid-2000s, especially with the release of a survey in 2004 by the American Medical Association. This survey reported that about one-third of teenage girls had tried alcopops and more than 60% of teen girls who saw TV, print, or in-store ads for alcopops had also tried the beverages. Further, one-third of survey respondents said that they thought alcopops had less alcohol content than beer or similar products.

Caffeinated alcoholic beverages are another new category. Following the Red Bull craze in the late 1990s,  alcohol companies began adding caffeine and other stimulants such as guarana to alcohol products. Mart argues that the producers of caffeinated alcoholic beverages target youth in their ad campaigns. Some of the names for these drinks include JOOSE, Tilt, Spiked Core, Max Vibe, Torque, HardWired, Evil Eye, Vicious Vodka, Slingshot Party Gel, and 3AM Vodka.

She presents recent research evidence showing how these drinks are associated with high levels of dangerous drinking behaviors and related negative consequences in youth and college student populations. One study showed that youth drinkers who mixed alcohol with energy drinks did so in order to hide the flavor of alcohol, drink more, not look as drunk, and stay awake longer.

Mart advocates for evidence-based policies and interventions to address these new concerns. In particular, she suggests the need for continuing to restrict alcohol advertising and decreasing the prevalence of youth-oriented alcohol products. 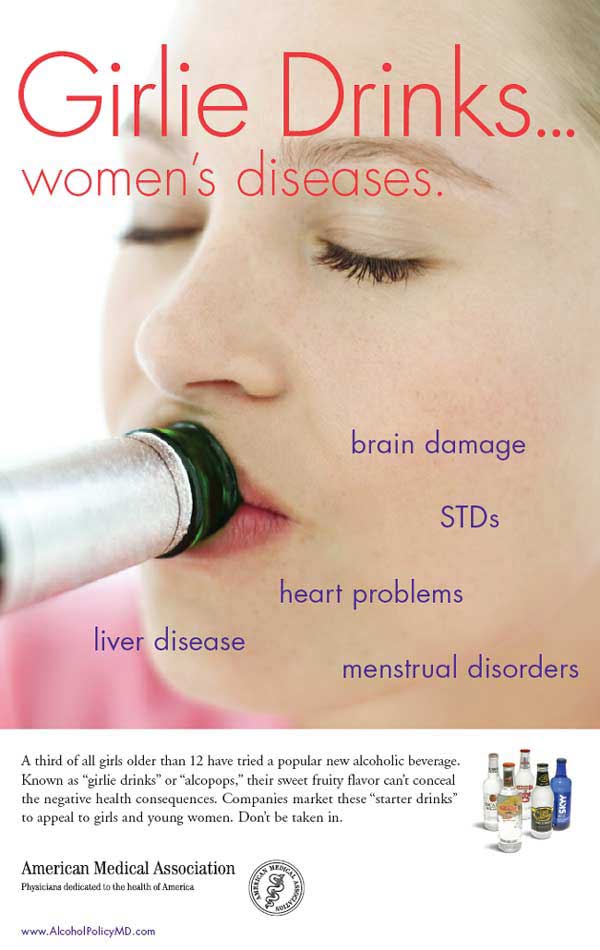 One thought on “Alcohol Marketing in the 21st Century”